Is Viral Pay a Scam? (Get Your Facts Straight) 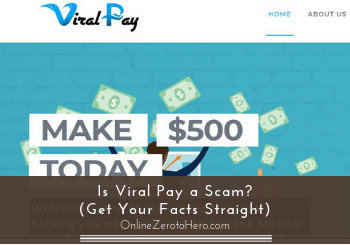 I came across a program called Viral Pay (viralpay.co) that claims it can help you make $500 starting today through social media marketing.

They also claim that they are the top influencer network that has been helping people earn a lot of money on social media.

You may have encountered this program and have visited their site, and their claims and offers may have caught your attention because of $500 is a great supplemental income for you.

However, there are lots of scam programs now on the web, and you’re not sure if this is the opportunity that you should take advantage of.

So, is Viral Pay a scam or a legit online program you can rely on?

Well, you’ll soon find out from this Viral Pay review, because I will reveal to you all the details about this program, and there are a lot of things you should know about first before joining!

Viral Pay in a Glimpse

Viral Pay (viralpay.co) is a program that claims it can help you make $500 starting today through social media marketing.

They also claim that they are the top influencer network that has been helping people earn a lot of money on social media.

Overall, I cannot recommend this program because it has several red flags that, in my opinion, makes it risky.

The deal breaker for me is when I discovered that there were complaints from several people who joined Viral Pay, and it’s all about not being paid even if they have done all the tasks that were enumerated on the members’ dashboard.

As for me, it’s better to search for other good opportunities online that can truly give you the results you deserve.

Click to Learn My #1 Recommended Way to Make Money Online

What is Viral Pay and what does it offer?

The first time I visited their site, I immediately became skeptical because I saw their claims that you can earn $500 starting today, which I think is a bit unrealistic – especially for total beginners.

They make it sound very easy to earn money from their program.

Based on their sales page, Viral Pay is an influencer network, which mean they are supposedly connected with big brands and their main role is to help promote these companies on social media.

They have used several logos of popular brands like McDonald’s, Burger King, Wendy’s, etc. but we can’t really say that they are connected with these popular brands just based on this.

In fact, I can’t find any proof that will convince me that they are indeed connected with these companies.

It’s free to join their program, and they will supposedly pay you $25 for joining, which might look promising for some people.

Honestly, it’s a bit too good to be true, in my opinion, because they should be charging you for a membership on their network, but it seems it’s the opposite for Viral Pay.

So, how do they profit from their program?

These are the things that kept me skeptical about this program because the only explanation on their site is that their income will come from their sponsors who pay for the traffic that they will generate for these advertisers.

But there’s no definite proof that these advertisers are really paying the network, so you can’t really say that they have the means to pay their members like what they have claimed on their site.

They also claim that you will get paid $10 – $15 for every friend you invite into their program. And you can also earn even more if you try new products, but they don’t explain how that works or what company will provide the products.

There are a lot of things that are unclear about this program, and there are other red flags that I will discuss with you in this review, so keep on reading.

It may seem a promising opportunity online to earn $500 starting today, but there are a lot of things that are not fully-explained on their sales page.

In fact, when I took a closer look at the Viral Pay site, I found several red flags that I think would be useful in your decision-making process.

So, here are some of the red flags on their sales page that I’ve uncovered during my research.

One of the most significant red flags on the Viral Pay site is the lack of info about their company. You cannot find any reference of who created this program or the name of the company behind Viral Pay. 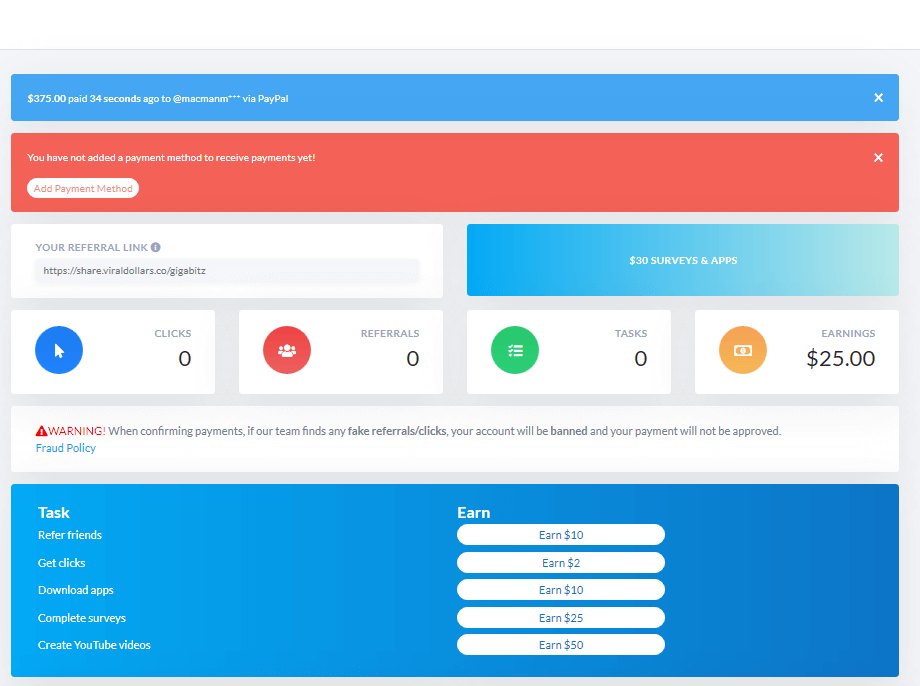 Even on their members’ dashboard, you can’t find any reference of their company.

In fact, they don’t even mention the names or contact numbers of the people behind this program, so you don’t really know who you are dealing with.

And can you can’t even contact them in case you encountered some issues with their program.

Honestly, how can you trust them to pay you $500 if they are NOT interested in revealing themselves to the public?

That is why I consider this as a big red flag, because legitimate companies will always provide their contact details and reveal the name of their owner or CEO, but this is NOT the case with Viral Pay.

I hope you take this red flag seriously before you decide to join this program.

Another red flag on their sales page is the video testimonials from their so-called successful-members.

Based on my research, I found out that the people on their video testimonials are in fact just freelancers from Fiverr.

In fact, these testimonials are NOT from real members, and they probably haven’t even joined Viral Pay in the first place.

Here is proof that I gathered from the web.

They are using fake testimonials.

In my opinion, hiring freelancers to impersonate members from their program is an underhanded tactic to make you believe that there are people who are making money through their program.

Just think about it, if their program can really provide the results that they have promised on their sales page, then they can easily get genuine testimonials from their members.

As for me, this is a big red flag and deal breaker, and you should consider this before you decide to sign up to their program.

On their about page, they claim they have been around since 2018 to help avid social media users turn their usage into money.

Based on my research, this is not precisely true because when I searched their domain on whois.com, it was only created last March 9, 2019. 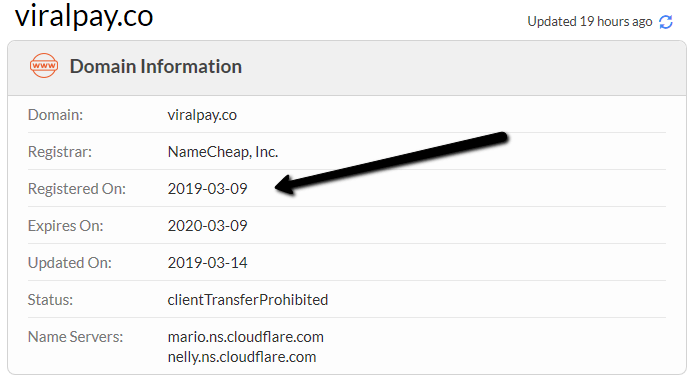 It’s clear that the website was just created in March 2019.

So, it’s clear that they are not exactly transparent regarding some details of their company that they would even falsify the date of their foundation.

This is a big red flag because they will do anything to make you believe that they are a popular influencer network which has been around for quite some time, but in reality, their website has just been created last March of 2019.

Are you willing to deal with a company that potentially lie about the date of their establishment?

Again, this is a red flag that you should think about before you make the final decision.

I also did some research on ScamGuard to see if I find any complaints about Viral Pay and there were complaints from their real members.

In fact, several people have shared their experience with Viral Pay, and it’s all negative because they were not paid when they requested a cash out after doing several tasks for this program. 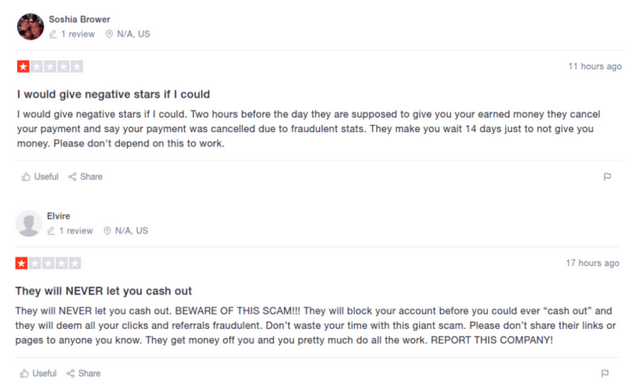 There’s also another set of complaints from Trustpilot where several members of their program didn’t receive their payout even if it was confirmed by the Viral Pay system. 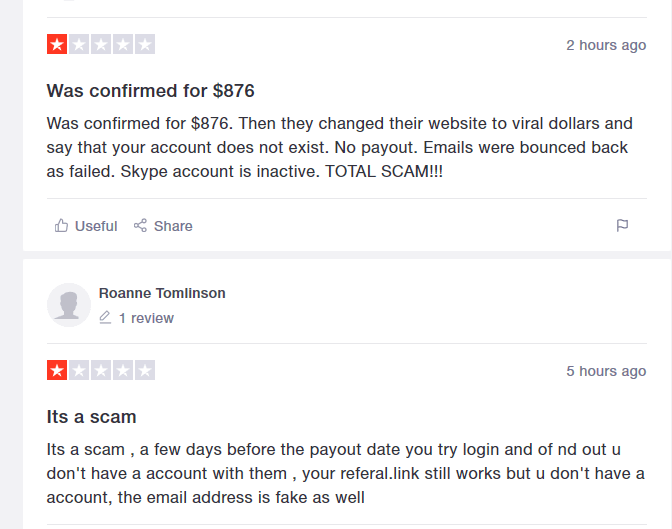 Another set of complaints from Trustpilot.

As for me, this is something that you should not ignore since this can also happen if you become a member of this program.

The dilemma here is the fact that they seem to deny payment to their members even if these people have really done the tasks for them.

Of course, you should not solely base your decision on user complaints and review platforms like ScamGuard and TrustPilot as they can sometimes be biased and often it is only people with the negative experiences that share here.

But when you see the amount of these negative reviews and feedback and put it together with the rest of the info I provide here, it becomes a red flag.

In my opinion, these complaints on ScamGuard and TrustPilot say a lot because if there were no issues about getting paid in this program, then you wouldn’t see so many complaints about it.

I have already shown you all the red flags that I have discovered from their sales page in this Viral Pay review.

I think you are no more than capable of making an informed decision about this program.

So, is Viral Pay a scam or legit program?

Honestly, your answer will depend on your perspective and experience, so if you think that there is value on the claims and features from this program, then it might be worth giving a try for you.

However, you should also consider the red flags that I have shown you in this review, so you at least know the potential risks involved before you make the final decision.

To help you more in your decision-making process, here are the pros and cons of this program:

Overall, I cannot recommend this program because it has several red flags that, in my opinion, makes it risky.

Luckily, you will not risk losing any money as it is free to join, but you can end up wasting time and become very disappointed if you do not know what you are getting into.

The deal breaker for me is when I discovered that there were complaints from several people who joined Viral Pay, and it’s all about not being paid even if they have done all the tasks that were enumerated on the members’ dashboard.

They are also using fake testimonials to promote their program, which is unethical, in my opinion, and a clear deal breaker.

As for me, it’s better to search for other good opportunities online that can truly give you the results you deserve.

If you really want to know the best way of making money online, then I urge you to sign up to my FREE guide, where I will show you some of the most effective ways of creating a sustainable income online.

As a matter of fact, these steps are the most effective have encountered online, and I use them to create my own full-time income online.

I promise you that you can easily follow my guide even if you’re still a newbie in this field.

If you have any comments, questions, or have any experiences with Viral Pay, I would love to hear from you in a comment below. 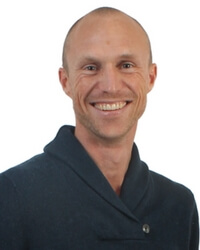